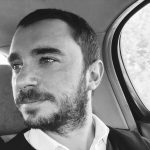 Edoardo Bruno is an Architect with a Master Degree in “Architecture and Construction” obtained in 2012 at the Polytechnic of Turin. The thesis focused on the redevelopment of the V Pavillion signed by the Engineer Riccardo Morandi in 1959, and was selected as finalist for the Italian Archiprix 2013. He has founded in 2009, with 4 associated architects, the 2MIXarchistudio based in Turin. Now he’s attending the PhD Program on “Architecture History and Project” at the Polytechnic of Turin in collaboration with the South China University of Technology. He is member of South-China Torino Collaboration Lab and its research is focusing on the urban local negotiations in the expanding metropolis of Guangzhou.